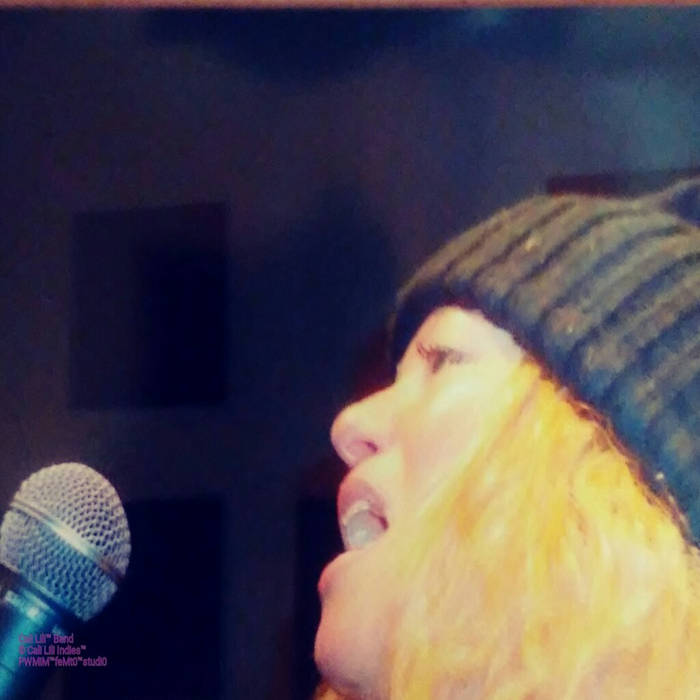 " Ok this song has three titles.

It was born from a life story ( like all my songs)

+ echoes with the name of my friend,

I dedicate the song to Videl,

and to his community, our sisters and brothers.

I released this unmastered version of it - with the other "singles" ahead of the album, as a shoutout / love letter to "The #Dreamers " here and every-where.

To the Dreamer in your own soul.

In Memory of Videl

... gone too soon at a local hospital

where I sang him this song ...

he responded with a smile and the heart monitor showed us that he could hear it...

He planted a white Lily on his last Christmas here.

his eyes smiled even when his mouth looked serious ...

he also cleaned the bathrooms + swept the grounds there too,

Videl was my friend.

When he told me they had put him on some Meds, + sheepishly showed me the bottle ... I am not a doctor, but I perceived instantly that this was not a good sign ... personally I try to maintain health with food and healthy habits. Of course Videl was old enough to be my grandpa or even great grandpa, but ... still, I could do nothing to interfere with his doctors' prescription ... and frankly, I doubt he had health insurance, so I was clueless about what was going on ... OH, and he barely spoke English, so ... we communicated mostly non-verbally ....

I still wish I could have saved his life some-how.

It took a LONG time for me to manage my grief at his passing. That grief hit me like a ton of bricks, out of nowhere. Honestly, I didn't even know Videl all that well ... but he is deeply in my heart and I still grieve for him bc I feel our healthcare system, and his employers, failed him. To an extent, I feel that I failed him too.

Videl's community has touched me in so many ways since I moved to L.A. from NYC...

This song is also a "love letter" to the as yet unnamed parking attendant at the local emergency room I had to be rushed to, when I dislocated my shoulder after a recording session.

The gentleman working as a parking attendant at that local hospital, was the only kind person i met at both of the hospitals.

Doctors, nurses, receptionists, left me to languish screaming in agony from that dislocated shoulder ...

but that parking attendant ... working for less than minimum wage I assume ... he was the only one that cared ... the only one with sincere empathy that night ... + he kept saying to me " mama good, mama strong ..." that man too, is a "Saint' in this City Of Angels.

this song is a love letter to the Mexican-American young girl I met outside the Cat Hospital, moments after my beloved "CallieCat" was put to sleep by that cold system inside.

The Girl, called herself "A Stranger," walked up to me at midnight outside that Cat Hospital and showed me the kind of compassion that Veterinary Doctor could not

As my kittycat, CallieCat was writhing in pain at the VCA, I felt my heart rip, straight out of my chest …

and then outside on that cold, dark, empty night, "The Stranger" walked up to me, with a look on her face that can only be described as "Holy" ...

and with that look, the “Saint in the City of Angels” ™© look,

“ Im here to tell you, your cat is in the better place"

In anguish, I managed to say, “who are you"?

she was just as confused as I was ... as though somehow she didn't even know why she was speaking to me … as though it was her "calling" ...

and then, with a question mark, she walked away, into that night, and my heart, forever.

These songs, this album, this movie, are my "calling" ...

Who Work With Us

To Build a Better World.

Let's tend this Garden Together

in All the Cities of the Angels,

This song is An Ironic Gypsy Smile

Glad to be here

Paying Dearly for the Privilege

A Love Song To the Immigrants of Los Angeles

The immigrants of America and Everywhere on this

Welcome to my "virtual tip jar "

eVe N'god™ this female is not yet rated™

So, please - DO - add the tracks to your playlists on every music platform you use - and download too if you can !

" every ounce of support from you - is priceless for us " ©

Saint In the City of Angels™
Pico ;
Gather Up Your Smiles
©Cali Lili ™

it’s a lovely day
in lovely L.A
Look at this sky look at that blue

i had a family once upon a time like you

but my momma died of a broken dream boo hoo

and me i am afraid of dyin’ that way too

the schools and the hospitals

they’re all slippin’ too

i don’t see the logic

i know it ain’t true

i can see the kindness

gather up your smiles

im gonna smile right back at you

i’m so glad to get that smile

Hey ! I'm Cali Lili🧜‍♀️🐬 Welcome! Please Check Out the New Releases on iTunes Spotify etc i was "born on the water," raised in NYC, caught a wave 4 Cali 🌊 My Music ? I can only Describe:
"multicultural IslandChildWild™ @CaliLiliCiti™ surFTribe Indigenous City rock N' soul vibe™" Join Us On Road To Release Surf 🌊The CaliLiliIndies™ 🐚 🌱
VenusBeach™🏄‍♀️
Cutting Edge Of The Pacific™🦀 ... more

Bandcamp Daily  your guide to the world of Bandcamp